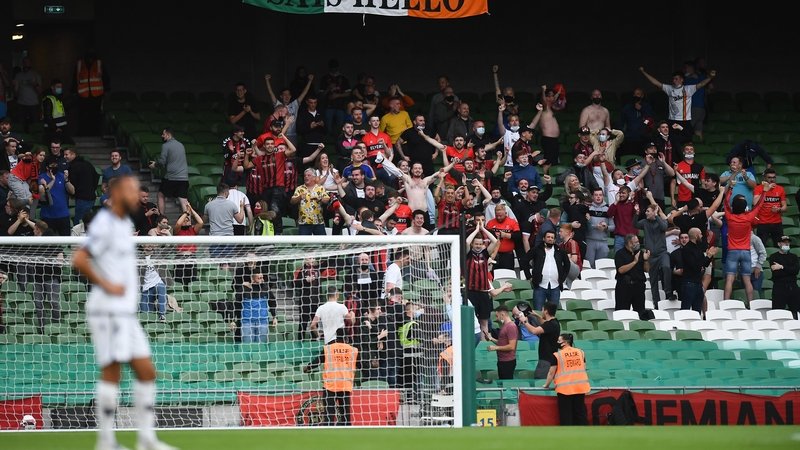 Sporting venues will be allowed to operate at 100% capacity from Friday under the Government’s revised reopening plan, which was published this afternoon.

After over 18 months of sport taking place behind closed doors and with restricted numbers, the green light has been given in what is a major boost to the industry.

In rugby, the first large scale stadium fixture to have no restriction will be between Connacht and Ulster at the Aviva Stadium on Saturday in the United Rugby Championship.

Ireland play November internationals on the first three Saturdays of November, including the star-studded New Zealand outfit, as well as opening with Japan and concluding with Argentina.

The Republic of Ireland host Portugal on 11 November. Earlier this month over 25,000 attended the friendly fixture with Qatar under the 50% capacity limit.

With support growing under manager Stephen Kenny, it is likely the fixture will sell out at 50,000, especially with the draw of star name Cristiano Ronaldo.

The former can now host 5,000, with Bohs expected to sell out their game at over 3,500. Both games will have sizeable away support. Many League of Ireland clubs were not permitting away supporters under current restrictions.

The final takes place on 28 November at the Aviva Stadium and could have the largest attendance since the first Aviva Stadium final in 2010 when 36,000 were present.

In GAA club championship games and finals will continue to take place but many are already scheduled for venues where large scale capacity is not needed.